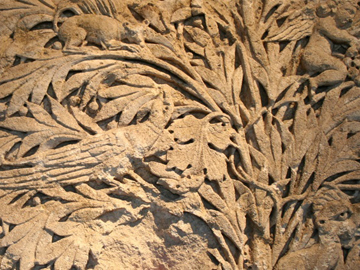 The Corpus Signorum Imperi Romani  has reached its 95th volume with those recently published by da Gabrielle Kremer and José Miguel Noguera (see “Published Volumes”). The first volume, dedicated to the sculpture of Vindobona and the work of an Austrian group, signed by Alfred Neumann with a preface by Fritz Eichler, the president of the Austrian commission of CSIR, appeared in 1967. In the course of the following decades some countries have continued with publications that followed a national project, with public financing, while others were isolated initiatives. The current situation finds Austria, Germany, Switzerland and Great Britain to the fore, but also a rebirth of projects in Italy and the beginning of the Spanish series at the end of the ‘90s. Some committees and scholars have made occasional reports on the state of the series in their own countries (e.g.Harrison 1985; Künzl 2001).

The CSIR was proposed by a group of scholars at the eighth International Congress of Classical Archaeology held in Paris in 1963, as can be found in the Acts of that Congress. (Rayonnement 1965, p. 621). These scholars included Lantier, Byvanck, Brown, Ward Perkins, Condurachi, Mansuelli, and Braemer. Shortly thereafter, Raymond Lantier, named president of the new CSIR, published in CRAI an account of that decision (Lantier 1964, p. 149 s.).  At the same time Lantier’s own publication of the Recueil Espérandieu came to an end, although recently a new project has started up, the Nouvel Espérandieu, directed by Henri Lavagne, (Lavagne 2009). However, CSIR and Espérandieu followed different paths.

Our information on the history of CSIR is based above all on the archives of AIAC, where they were collected by Maria Floriani Squarciapino, secretary of the Association. From these, we learn that Lantier, the first president, was soon nominated honorary president, while Theodor Kraus, up until then vice president, succeeded him. François Braemer became vice president and subsequently president.  Among the members of the board during this period, apart from those already mentioned, we find Andrén, Carducci (who substituted for Mansuelli in 1971), L’Orange, Pallottino, Richter, Solomonson, and  Romanelli; this last had a fundamental role as he was at that point president of AIAC.  Another source for this period is a series of reports compiled by François Braemer, published in the AIAC Congresses between 1973 and 1998.

In 2012 the AIAC board decided to reconstitute an International scientific committee for CSIR, naming Eugenio Polito the provisional secretary.  Twelve scholars were then contacted, all of whom agreed to take part in the new committee (see “Scientific Committee”). A first meeting of the new committee was held in Rome at the German Archaeological Institute on the eighteenth of February 2013. The decisions taken that day were then presented at the 17th AIAC Congress, held in Merida, and, subsequently, during the International Congress of Provincial Art, held in Romania.  The scientific committee of that congress then indicated its intention of collaborating with CSIR  (see “Associated Projects”). Elections for president, vice president and secretary were held via internet on 14/12/12013; Monika  Verzár, was elected president, Peter Stewart vice president, and Eugenio Polito secretary