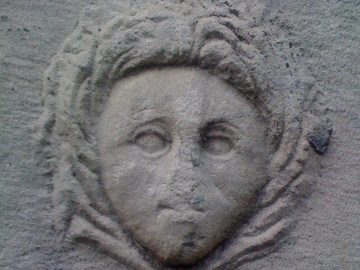 The following guidelines have been issued by the International Committee of CSIR (20th May, 2018) for authors and national committees involved in producing or planning new fascicules of the series.

A pdf of the Guidelines is downloadable here.

GUIDELINES FOR THE PRODUCTION OF CSIR FASCICULES

International Committee of the Corpus Signorum Imperii Romani, 20 May 2018

The Corpus Signorum Imperii Romani (CSIR) is a project to document through catalogues the sculpture of the Roman Empire. Its emphasis is on Roman provincial sculpture and on Roman sculptures from Italy that are not catered for by other major catalogues. The CSIR was created in 1963 on the occasion of the International Congress of Classical Archaeology (CIAC) and has been since then promoted by AIAC, the International Association of Classical Archaeology. Oversight is presently provided by an International Committee whose members are available to offer advice and guidance. Details about the Committee, project news, and a complete list of the ca. 100 fascicules so far produced can be found on the CSIR website: , which is hosted by the Classical Art Research Centre at the University of Oxford.

Individual CSIR fascicules normally comprise groups of Roman provincial sculpture from particular regions within modern countries. The original project plan mapped out the division of labour and devolved the task of overseeing volumes to national organizations (such as the British Academy in the United Kingdom or the Römisch-Germanische Kommission in Germany). In some cases national committees still exist to provide editorial direction of the coverage of new books and advice to authors. Contact details can be provided by the relevant members of the International Committee. In France a role equivalent to that of CSIR is now performed by the Nouvel Espérandieu:

CSIR also encourages new contributions in countries which do not have or no longer have national committees, including non-European countries.  In such cases, authors who would like to propose the inclusion of a new publication within the CSIR series may contact the International Committee for advice.

CSIR is a non-hierarchical umbrella for the production of national publications and there is variation in practice between national series produced by different national committees and publishers. For the benefit of existing and prospective authors, however, the guidelines below represent what we regard as good practice across CSIR.

A fascicule of CSIR should comprise sculptures from a defined geographical area within the territory of the Roman Empire at its greatest extent in the Severan period (in some cases it might be appropriate for more than one area to be included within a single fascicule). This area should not overlap with others published within the series. A unique number will be allocated to the catalogue by the relevant national committee or, where such a committee does not exist, by the International Committee. Fascicules are expected to be catalogues of sculptures, and thematic books will not be included in the series in future, but relevant supplements are permissible where they relate to groups of sculptures published in CSIR (for example by providing extended technical analysis). Such supplements will not be numbered within the main CSIR sequences.

Typically the coverage of a particular country is divided into overarching 'volumes' (which may correspond to Roman provinces or other criteria) and fascicules.  Thus, for example, a particular book might be designated 'Spain Volume I, Fascicule 7', or 'Great Britain Volume I, Fascicule 6'. It will normally have a conventional, more accessible book title as well as this series number, describing its geographical coverage.

New publications should normally focus on Roman sculptures made in a province or brought there in antiquity. CSIR will no longer include catalogues of sculptures brought to a country in modern times, except where the sculptures have a clearly defined, shared origin in a particular area of the Roman Empire.

As authoritative sources of documentation, fascicules should aim to be as comprehensive as possible within the parameters set for them. They should include, as appropriate, sculptures of approximately the Roman imperial period, according to the dates of the Roman presence in the region concerned (normally no earlier than Augustus/the late Republic or later than Justinian). Those categories of artefact that are not normally included in the common definition of sculpture should be omitted (e.g. serially produced objects like coins and lamps) as well as small terracottas and small bronzes. However, individual authors/national committees will use their judgement about when exceptions should be made and which other objects should reasonably be included or excluded, according to the normal expectations of users of CSIR. For example, although unfigured architectural elements are generally to be omitted, a case might be made for including such objects, especially when they relate intimately to figural sculptures included in a catalogue.

In the interests of accessibility to the greatest possible international, academic readership, CSIR fascicules should be written or available in one of the agreed languages of the series: English, French, German, Italian, or Spanish.

Fascicules should normally comprise an introduction or equivalent general discussion (and a preface if appropriate) explaining their scope and place within their volume, as well as contexualizing the material included. See further below. Catalogues may be organized on differing principles, depending on what is most appropriate for the body of material involved, but unless a catalogue is based on sculptures from a particular site, a typical subdivision might be according to subject-matter/function, e.g.: representations of deities, military funerary monuments, non-military funerary monuments, domestic sculpture etc. Where different materials are included, e.g. marble and limestone, or where there is a marked distinction between different formats of sculpture, it may also be appropriate to treat these separately.  Sculptures of doubtful antiquity or authenticity ('recentiora et falsa') may be included, normally as a final sub-section.

Each catalogue entry should deal with a single sculpture or group of related fragments. It should include the following:

The above elements should be easy to identify within a catalogue entry and it may often be appropriate to separate the descriptive and technical aspects of the entry from the interpetative discussion.

Each catalogue should have an introduction which sets its sculptures in context within their region. The content of this introduction will vary according to the body of material concerned and is at the discretion of the author, but it is normally desirable to give at least a brief account of the geography and history of the area, the scope of the catalogue and general character of the material, notable aspects of its iconography and style, materials and their sources (e.g. stone sources), artists and 'workshops' where appropriate, considerations of chronology, functions and specific types of context, historiography.  A number of fascicules have benefitted from discussion of scientific analysis of materials, stones sources, etc.  It is essential to place the material geographically and expected that fascicules will include appropriate maps to do so.

If full bibliographical references have not been included in catalogue entries/footnotes, a list of abbreviations must be given to elucidate the references. Citations should not assume knowledge of academic journal abbreviations etc. on the part of the reader.

The inclusion of other material such as appendices is at the discretion of the author. A glossary of technical terms may be helpful, especially e.g. where Latin terms have been used for architectural details or iconographical motifs.

These should include, as a minimum: thematic/general index; index of places; index of museums/present locations. Other useful indices might include: names of ancient deities; ancient names in general; ancient place names or personal names; materials.

While recognizing the limitations on the availability and affordability of high-quality photographs and plates, we encourage the highest quality illustrations. As a minimum all sculptures must be represented by photographs where they are extant/accessible. These may be arranged on plates at the back of the catalogue, but should have individual figure numbers and the reader must be able to locate their corresponding catalogue entries easily. Black and white photographs have normally been used hitherto, but the value of high-quality colour photograph of sculptures is now generally accepted and is desirable where this is obtainable and affordable.

In principle there should be multiple views of the same sculpture such as to give a good impression of the appearance of the sculpture as an object in the round (even when it is a relief, a fragment, or a stone which is only partially carved). Four main views of an object such as a head are ideal. We recognize, however, the practical limitations on this policy. In many cases only a single view may be available. We encourage authors to seek the fullest coverage reasonable, and to compensate for any limitations in the illustrations by including detailed and precise descriptions in catalogue entries.

All CSIR volumes so far have been published as hard-copy fascicules, but the International Committee does not exclude the possibility of future volumes which exist only as e-books and/or print-on-demand. The Committee may be consulted about proposals for such fascicules. In such cases, all the above guidelines still apply. In addition each publication would require a DOI (digital object identifier) as well as the usual requirements of any print book (ISBN etc).  It would be essential for the publication to have a secure, permanent institutional host such as the digital repository of a large university so as to ensure that it will be available in perpetuity. (Besides universities, the CERN-hosted zenodo.org website is an example of a permanent repository for research outputs which assigns DOIs.)

The International Committee of CSIR has discussed the potential for a developing an online database derived from existing, and possibly future, fascicules of the CSIR, but there are no immediate plans. We are open to the possibility that national committees may wish to digitize material already published in their fascicules or e.g. to produce online addenda. Please consult the Committee about any prospective plans of this sort. Local digitization work or electronic additions to the Corpus would need to adhere, as appropriate, to the principles outlined above. It would also be important for them to have regard to best practice in the development of databases, e.g. that textual content and metadata should be stored in xml format; securely hosted; and readily capable of being converted for compatibility with other databases or possible future databases (e.g. international standards such as CIDOC CRM and principles of linked open data should be considered).