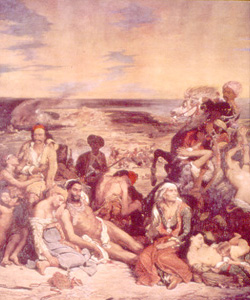 In 1821 the declaration of the Greek War of Independence directed attention away from Rome. Images such as Delacroix's Massacre of the people of Chios stirred Europeans to support the Greek cause. The war also directed attention away from Roman copies to original Greek sculpture, such as the marbles Lord Elgin brought to London from the Parthenon.

By the later 19th century the material evidence for the study of classical antiquity was extensive and the academic discipline of classical archaeology was evolving. The Germans created professorships and cast collections before the French and British. Strasbourg had the first professor in France in 1873, the Sorbonne followed in 1876. In England Oxford had made many attempts earlier in the century to establish a professorship but it did not succeed until 1885. The building of an academic cast collection became a high priority. It was considered an apparatus of scholarship, almost as important as an archaeological library. It was a laboratory where scientific experiments could be carried out.

The classic example of such an experiment was carried out around 1880 by Adolf Furtwängler who placed a cast of a marble head in Bologna on the body of a marble body of an Athena in Dresden, and proclaimed the newly united piece to be a copy of Pheidias's famous bronze statue for the people of the island of Lemnos – a statue mentioned in ancient literature. Most cast collections today display Athena as Furtwängler recreated her. 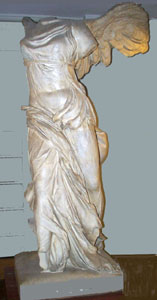 The privileged position of sculpture in the study of classical antiquity, strong from association with classical texts was strengthened further during the second half of the 19th century by the remarkable discoveries of originals in Greece. Universities wanted to have plaster casts of new masterpieces as soon as they were found.

The Winged Victory of Samothrace was found in 1863, in advance of the principal excavation of the site, Nike of Paionios in 1875 at Olympia, Hermes of Praxiteles at Olympia two years later, and the Great Altar at Pergamon) from 1878. 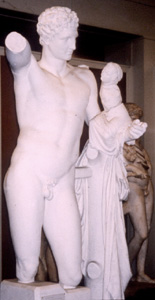 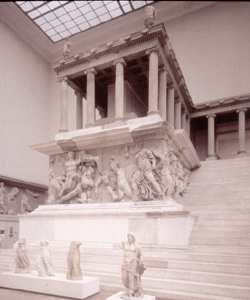 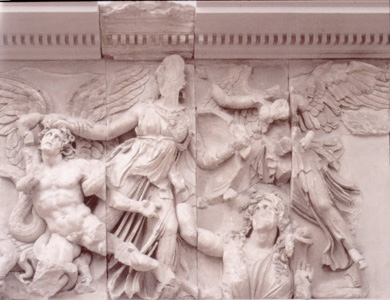