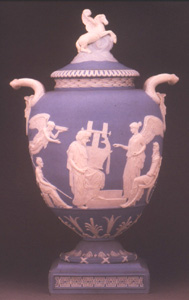 The last major type of classical material to be discovered in quantity, collected, and studied, from the later 18th century, is painted pottery. This art form was not copied in plaster, but its shapes, techniques and styles of decoration inspired neoclassical porcelain throughout Europe. Sèvres produced magnificent pieces after the antique.

In England Josiah Wedgwood himself presented the Pegasus Vase to the British Museum in 1786. This famous piece takes its decoration from a 5th century BC Athenian clay vase which belonged to Sir William Hamilton, was published in the following engraving by d'Hancarville in the 1770s, and later sold to the British Museum. 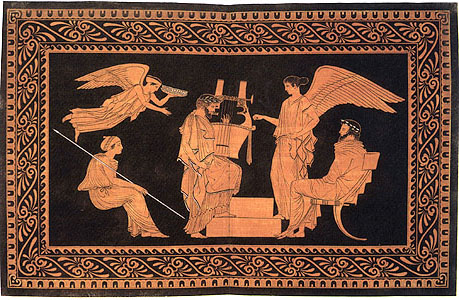