The Great War effectively marked the end of classical civilisation as the supreme arbiter of taste. Classical archaeologists had become disenchanted with the Most Beautiful Statues and artists had turned to other sources of inspiration. Fine art and classical archaeology began to diverge.

As a result cast collections suffered. Those that had not been damaged or destroyed during the wars, were relocated, starved of funds, or dispersed.

The 21st century sees classical antiquity as one of many ancient cultures; knowledge, and appreciation, of Greek and Latin texts has declined; priorities have changed. Some factors, however, could favour development of cast collections. Since source countries are now protective of their cultural property and export of archaeological objects is restricted, moulding on site has a decided advantage. Traditional methods can damage the surface, but new forms can be completely harmless.

The collection of casts in the Ashmolean Museum is not as large as in Versailles, Basle, Berlin or Dresden, but it has had the good fortune to be on permanent display, to have been maintained well, and to have been catalogued by a number of scholars over the years. The oldest casts in the university date from the 1750s, but most were acquired between 1887 and 1914, and between 1925 and 1930. 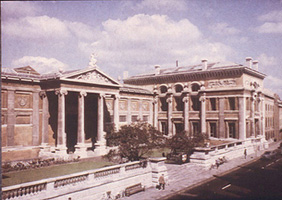 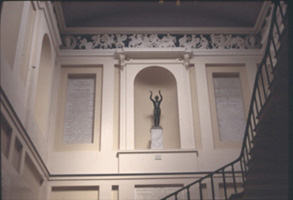 From the opening of Cockerell's neoclassical galleries in 1845 plaster casts were used in the architectural decoration of the interior and they were displayed as exhibits in the centre of the museum. The Great Stairs were decorated with casts of the frieze from the Temple of Apollo at Bassae on the walls. A bronze copy of the Praying Boy, known since 1503, has been set in the central niche. 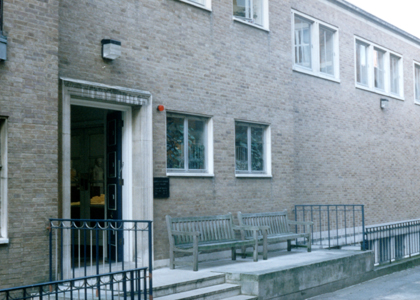 A century later, in 1956, the casts were removed to a purpose-built gallery behind the museum. Although they were displayed quite well, they were hidden and visitors were few. The Ruskin School of Drawing, which John Ruskin himself had founded in the museum in the 1860s, also moved in the 1980s, and artists drew from the casts less often.