Another type of antiquity well known to the Renaissance is architecture. Plaster, and cork were used in the 18th and 19th centuries, to recreate architectural models of famous buildings of classical antiquity. The models were collected by the Grand Tourists as souvenirs and by famous architects for study purposes. This one (below left), in Sir John Soane's collection in London, reproduces the Tower of the Winds in Athens. Well known to northern Europeans through Stuart and Revett's Antiquities of Athens, published in 1762, the Tower was recreated in Oxford about ten years later. 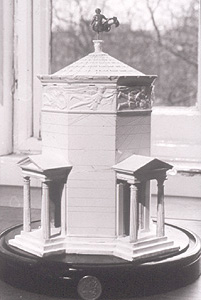 Some of the finest of plaster models were made in Paris around 1820 by Jean-Pierre Fouquet. In Oxford in 1823 two patrons of the arts considered them so important that they raised a subscription to buy a large number. The Fouquet models were prominently displayed in glass cases in the picture gallery of the University's Bodleian Library. 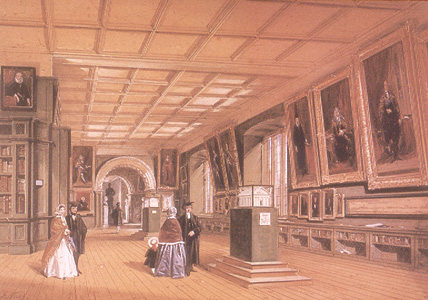