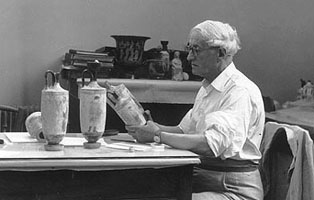 Isolation ended in an unexpected way when Sir John Beazley's personal archive was brought to the Cast Gallery in 1970. The Beazley Archive, as it came to be called, has mounted a Collection of Casts on this web-site. 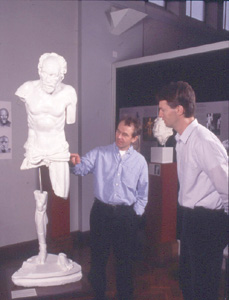 Professor Bert Smith, shown on the left, who succeeded Sir John Boardman in 1995, is a specialist of classical sculpture, and directs excavations at the Hellenistic and Roman site of Aphrodisias in Turkey.

He has been carrying out research in the Cast Gallery to reconstruct an important statue found at Aphrodisias. 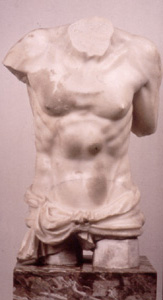 In 1901 a marble torso of an old man had been found at Aphrodisias, and taken to Berlin. In 1980 the head, legs, and base of the statue were found and displayed in the museum at Aphrodisias. Thanks to Smith's negotiations with the German and Turkish authorities it became possible to take moulds and recreate the statue in Oxford. 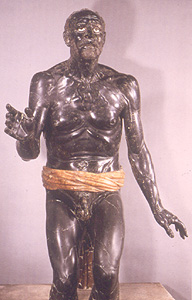 Known from other copies and once called Dying Seneca the copy today in Paris was recorded in Rome in 1613 and may have been known in the 16th century. Purchased from the Borghese at the beginning of the 19th century, it has been on display in the Louvre for almost two centuries. Identification with the Roman writer Seneca, and extensive restoration and imaginative coloration gave the figure a certain appeal, but this waned when his real identity was revealed - an old fisherman, a Hellenistic Greek genre type. 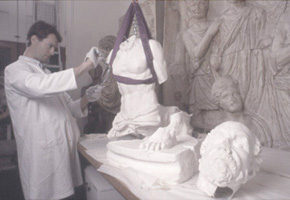 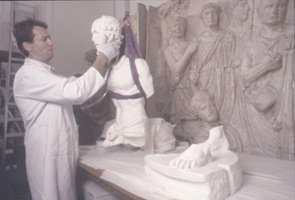