Workshop: Beazley for the 21st Century

We are delighted to give advance notice of our next CARC 'annual' workshop, kindly supported by Jean-David Cahn and Tony Michaels: Beazley for the 21st Century. This two-day event was originally planned for our 50th anniversary year, 2020, but keen to hold it as an in-person discussion, as far as possible, after consulting colleagues we have decided to postpone it till 2022. We will confirm dates as soon as we are permitted to plan details.

Bringing together an international line-up of experts, the workshop will reconsider the extraordinary legacy of Sir John Beazley's connoisseurial work on ancient Athenian vases. It will look afresh at the potential value of his research and method for the scholarship of the next fifty years, not just in the study of ceramics or Greek art history, but also for the broader history and archaeology of the Greek world. What does the combination of breadth and granularity in the Beazleyan view of Greek painted pottery offer for understanding ancient culture and society, art, production and trade?

See the workshop abstract here, and watch this space for more information later in the year.

We very much regret that we have had to postpone the 2020 Gandhara Connections 4th International workshop, which will deal with The Rediscovery and Reception of Gandharan Art, on account of the covid-19 coronavirus situation. We are very much looking forward to rescheduling in 2020 and will advertise new arrangements as soon as the dates are confirmed. The original information is preserved here for information.

The updated programme is available here.

All are welcome and places are free but please book by emailing: carc@classics.ox.ac.uk 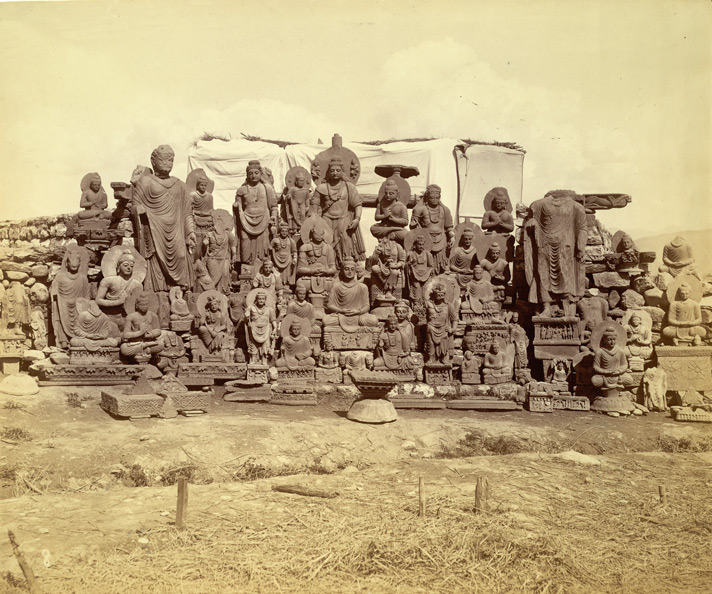 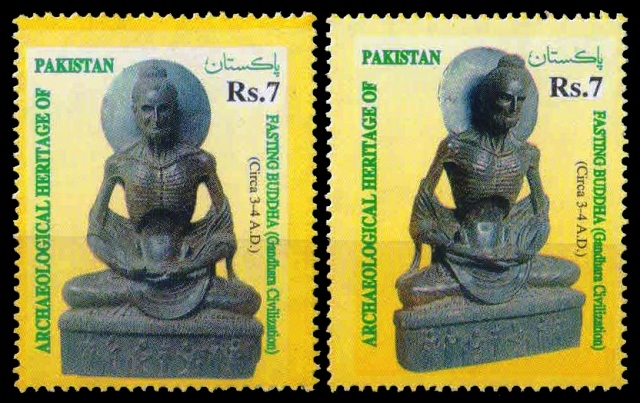 Numbers are limited: please contact claudia.wagner@beazley.ox.ac.uk if you want to attend.

We will be meeting at 2pm in the Beazley Archive study room on the third floor of the Classics Centre. We will have three lectures:


Followed by a discussion, coffee and cake!

The provisional programme for our 2019 CARC workshop, kindly supported by Jean-David Cahn and Tony Michaels, is now available.  Textile Art in the Graeco-Roman World will focus on the visual imagery of ancient textiles from Archaic Greece to late antiquity, asking questions about a fundamentally important art tradition which we glimpse through extraordinary chance survivals and representations in other media. Subjects will have a wide chronological and geographical range, but will revolve around a shared set of art-historical and archaeological questions.

This international workshop will take place in Oxford on Thursday 26th and Friday 27th September 2019. All are welcome and attendance is free, but booking is necessary. Please book now by emailing carc@classics.ox.ac.uk

We will be live-webcasting the workshop and putting most of the edited recordings online afterwards. Click here to view.

Poster Session
Textile Finds from the Rhineland, First to Fourth Centuries AD: Roman Customs and Fashion in the North of the Empire - Dr Petra Linscheid (University of Bonn)

We are delighted this year to be able to offer two student bursaries for this workshop. These are intended to support undergraduate and graduate students currently enrolled on University programmes or due to start by October 2019.  Each bursary covers up to £100 in support of travel and accommodation expenses.

Please apply by emailing carc@classics.ox.ac.uk with a letter of no more than 500 words including an estimate of costs.  The closing date for applications is noon on Monday 2nd September and successful applicants will be notified shortly after this time.  Payment will be made after the event on submission of receipts (please note that reimbursement can take up to six weeks). 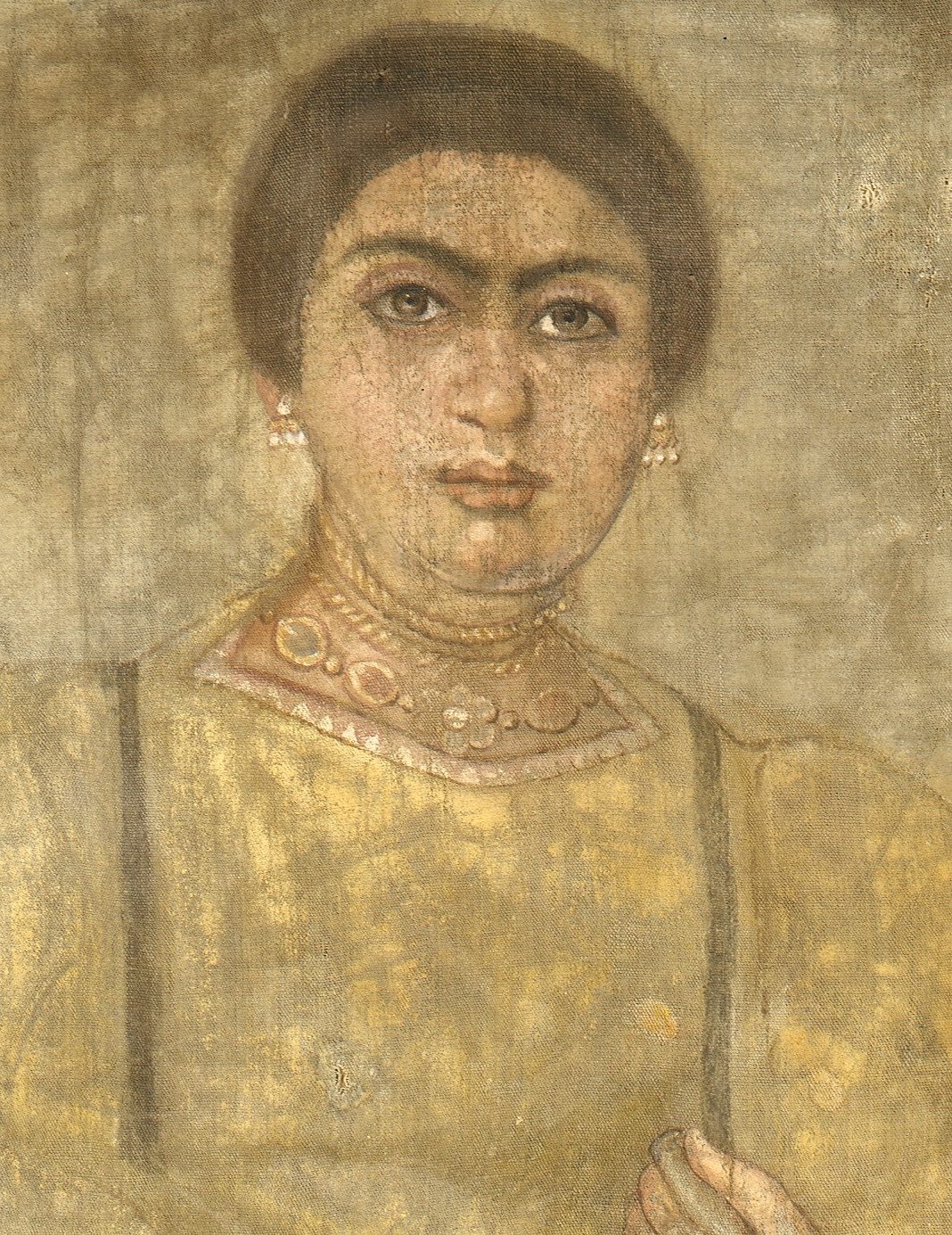 'The Global Connections of Gandharan Art' will take place in Oxford on 18th-19th March 2019 and will re-examine the links between Gandharan art and other artistic traditions, including not only those of Greece and Rome, but also China, the Iranian world, and the Indian Subcontinent.

The event will be free and all are welcome to attend, but please book a place by emailing carc@classics.ox.ac.uk.  We also expect to record and live-webcast the event.

THE CARC WORKSHOP 2017 TRANSMISSION: THE MIGRATION OF ICONOGRAPHY IN CLASSICAL ART

The CARC Workshop 2017
Transmission: The Migration of Iconography in Classical Art
28-29th September 2017

Use these links to watch the workshop live! The links will become active just before each session starts (all times in BST). Please consult the programme for details.

All are welcome! The workshop will be free, but it is necessary to book in advance by contacting carc@classics.ox.ac.uk

CARC Special Lecture: Prof Marian Feldman 'Style as a Fragment of the Ancient World: A View from the Iron Age Levant and Assyria'

All are welcome! The lecture will be followed by a reception.

This special lecture also forms part of the Oxford Classical Archaeology Seminar for Trinity Term, 2017, on the theme of 'Style'. For details of the whole programme nearer the time see the Faculty of Classics website

The live webcast was broadcast on Monday 26th and Tuesday 27th September. We are currently editing the content into a series of podcasts which we hope to release shortly.

The live webcast starts at 10:15 am BST on Monday 26th September. Please use the following links:

Documents from the Workshop held on Thursday 1st and Friday 2nd October 2015 in Oxford.

These pages will contain feedback and documents from the Workshop held on Wednesday 1st and Thursday 2nd October 2014 in Oxford.

A Workshop Organized by the Ashmolean Museum and the Classical Art Research Centre, Oxford

To celebrate the reinstallation of the Arundel Marbles in the Ashmolean Museum's Randolph Gallery, the Museum and the Classical Art Research Centre are collaborating to hold a workshop that re-examines the history of the Arundel collection and its individual sculptures. The day is aimed at students, academics, and anyone with relevant research interests.

The workshop will offer a fresh introduction to the collection from Oxford specialists, an explanation of the new installation by the Project Curator responsible, and the opportunity to examine selected sculptures at very close quarters, in small groups, outside normal museum opening hours. Sculptures to be studied will including works that have not been on display for many years.

To book a free place or for further information, please contact carc@classics.ox.ac.uk or call 01865 278083. Places are limited, so please book early.

A one-day course suitable for students of archaeology, classics, ancient history, jewellery history and art history, with a special interest in gem research.

This free workshop will be held in the Lecture Theatre and the Beazley Archive Study Room, in the Ioannou Centre for Classical and Byzantine Studies, 66 St Giles', Oxford OX1 3LU.

Tea/coffee will be provided but lunch is not included. There is a wide choice of sandwich bars, pubs and restaurants less than two minutes walk from the department.

Please register for the workshop by 1st June, by contacting carc@classics.ox.ac.uk (tel. 01865 278083). The numbers will be limited for the handling session and priority may be given to current or prospective graduate students.

Preparations are under way for our next annual CARC workshop, 'Ancient Britain and Classical Art', to be held in the Ioannou Centre, 66 St Giles', Oxford OX1 3LU on Thursday 27th and Friday 28th September. Generously supported by Jean-David Cahn and Tony Michaels, this workshop examines the complex relationship between the visual cultures of ancient Britain and the Graeco-Roman traditions of the Continent and the Mediterranean over a period of a thousand years. Considering not only the period of Roman Britain but also the art of the pre-Roman Iron Age and the early Anglo-Saxon period, the workshop aims to stimulate dialogue across disciplinary boundaries. The abstract is downloadable here, and further details will follow soon.

The workshop is free and all are welcome to attend, but please book a place by emailing carc@classics.ox.ac.uk