The labelling of figures is of obvious value in any iconographic study, although it is often a clearly identifiable character, such as Herakles, that is named. Examples can be found on Corinthian vases from the seventh century, but they are rare on Athenian vases until the second quarter of the sixth century. The François Vase carries 121 inscriptions - even for objects such as a hydria - but this is exceptional. The practice declines as the fifth century progresses. 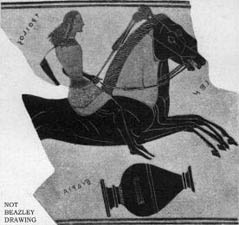 It is very rare for the scene to be 'titled', as Sophilos' Games of Patroklos: 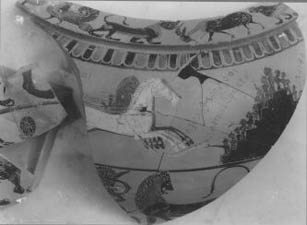 Panathenaic amphorae are however inscribed with the legend - ton Athenethen athlon - a prize from the Games at Athens. The name of the archon for the year is added on fourth century examples.