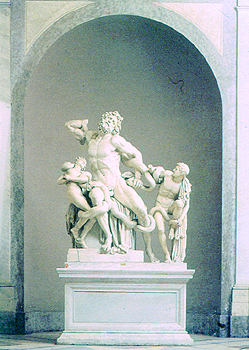 The making and collecting of plaster casts from the antique is a result of the discovery in Rome of famous pieces, such as the Laocoon Group, from around 1500. Michelangelo witnessed the discovery in 1506 and quickly identified the sculpture with one mentioned by the Roman writer Pliny in the 1st century AD. Sansovino, among others, restored parts of the group, and Primaticcio had a cast made for Fontainebleau. 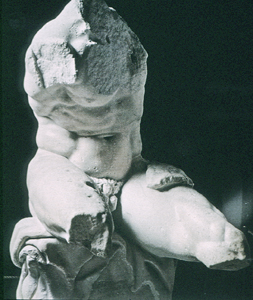 There were earlier discoveries. A famous example is the Belvedere Torso which Cyriac of Ancona saw in Florence in the 1430s and which the sculptor Andrea Bregno may have owned. Michelangelo esteemed it so highly that it was for some time known as 'Michelangelo's Torso'. 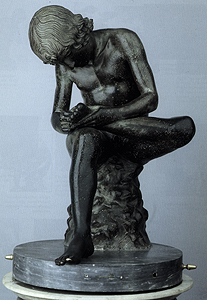 Much earlier, in 1165, Spinario, the bronze statue of a boy extracting a thorn from his foot, was recorded outside the Lateran Palace in Rome where some monuments had probably remained visible from antiquity. In the Middle Ages they were seen as mirabilia marvels. Later, as more examples were discovered, they became notabilia - things worthy of note.

Plaster casts were expensive to make and transport; diplomacy at the highest level was often needed to secure permission for the taking of moulds. For example, François Ier needed the Pope's permission to have copies made of his statues for Fontainebleau. For centuries the diffusion of knowledge of antique sculpture was primarily through the two-dimensional medium of the engraving, not the three-dimensional plaster cast. 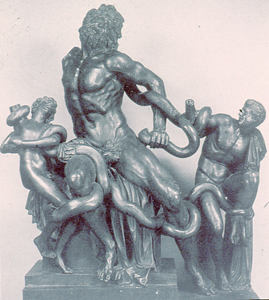 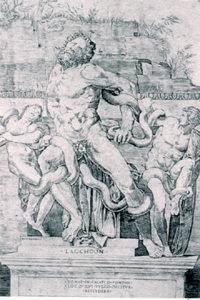