The collapse of the Bronze Age civilizations of Greece, of the Minoans and Mycenaeans, saw the end of hardstone gem engraving in Greece for several centuries. It resumes, but only with softer stones and ivory, in the 9th century BC. The influence comes from the east, as with much else in Greek art of the period, but the figure decoration on the seals is that of Greek Geometric art. The 7th and 6th centuries see various other series, generally of local significance only, and inspired by either the east (the ivories) or the past (the Island Gems) but in a conventional Greek orientalizing style. These series end only with the adoption of techniques of hardstone gem engraving in the Late Archaic period.

There is no good evidence that they were much used for sealing although similar stamp seals, of stone or wood, were on occasion used for the decoration of some clay vases.

Abbreviations in this section:

Isolated finds of ivory and stone seals in Greece indicate an awareness of the craft before the 8th century BC, mainly inspired by eastern example, but without any distinct school or style emerging. The seals are essentially luxury items. Square stone seals used like stamps bear purely Geometric figures and are a wholly Greek phenomenon. Some are quite large, and most seems to be products of central Greece and the islands. These are made in the late 8th and early 7th centuries.

Black serpentine stamp seal, from Crete. A man; a centaur holding branches and a bowman (Herakles and Nessos?).

The types all derive from eastern, mainly Syrian, practice, and are made through the 7th century. The principal shapes are: with a lion or lions cut in the round on their backs - these are mainly East Greek; discs engraved on both sides; and scarabs, sometimes composite scarabs with four faces - these are mainly south Greek in origin, from Corinth, Argos and Sparta. Here are the first truly orientalizing styles in Greek seal-engraving.

Ivory lion seal, from Emporio in Chios. A sphinx before a tree. This class of seal seems especially popular in the East Greek world. 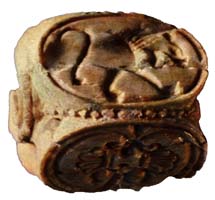 Ivory four-faced seal, as four scarabs back to back. Floral and animal subjects.

From about the mid-7th century for a century a series of seals cut in soft stone (commonly a pale green serpentine) is made in the Greek islands, with a probable centre of manufacture on Melos. They seem inspired by Bronze Age seals found in the islands and they copy the two most popular shapes - lentoid (like a lens) and amygdaloid (like an almond) - and occasionally reflect the older compositions (twisted animals) although not their styles. 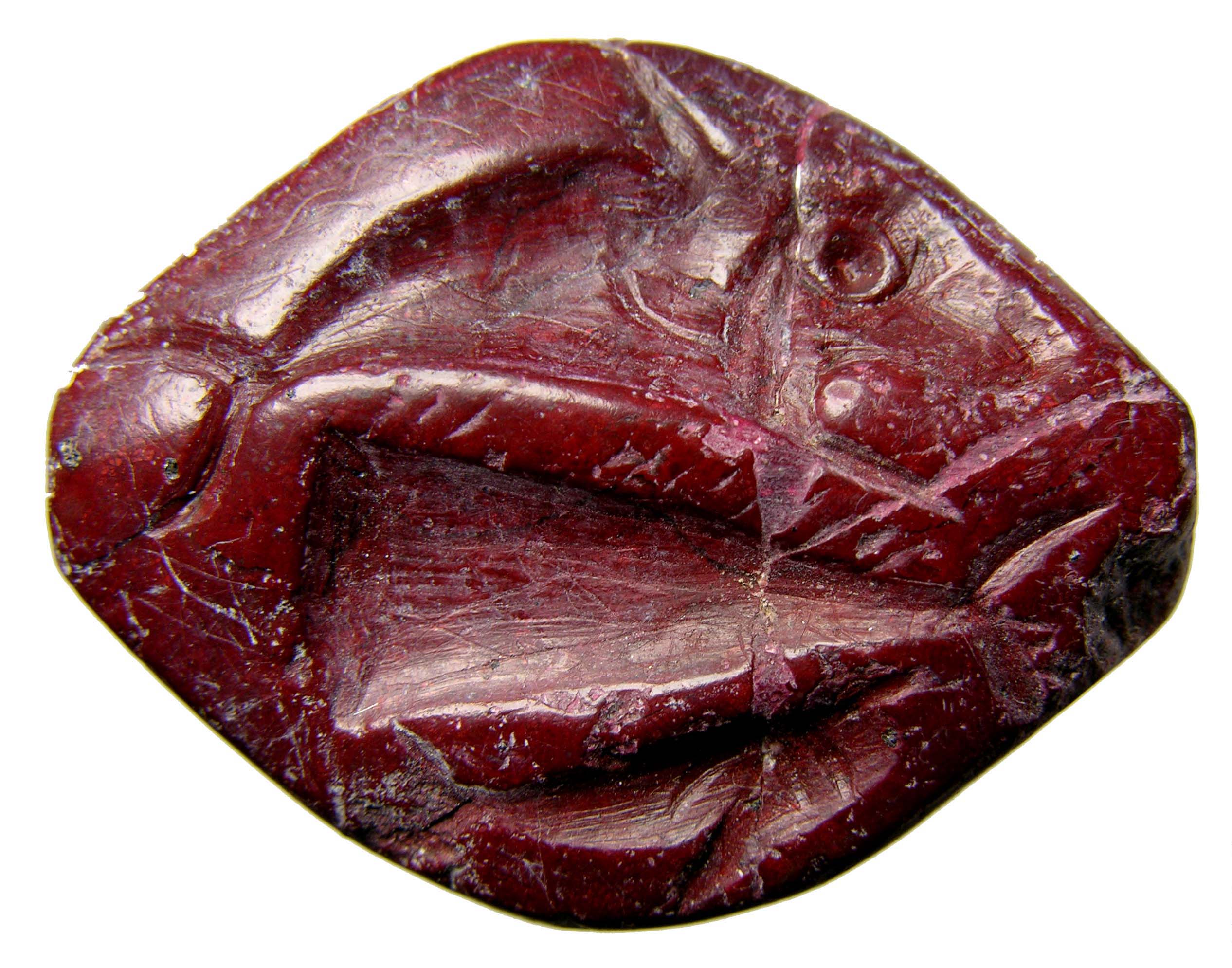 Red serpentine amygdaloid seal. A fish (tunny?), a half fish with spines and a dolphin. Fish are very common subjects in the series. 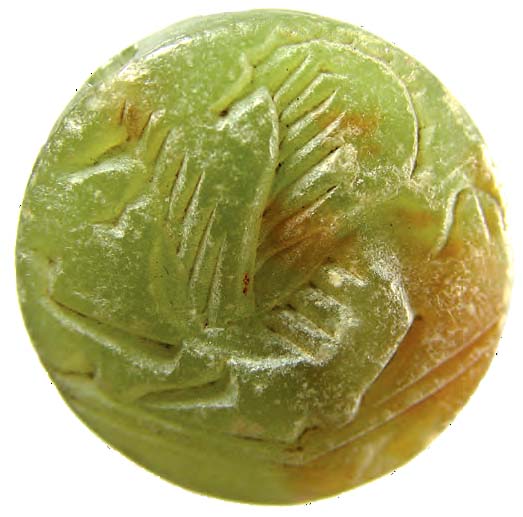 Green steatite lentoid seal. A chimaera. A horned goat head set on the wings, and the tail forked. 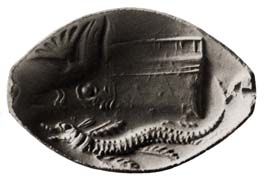 Green serpentine amygdaloid seal, from Epidaurus Limera. A flower, the prow of a ship, and a sea-monster (ketos). 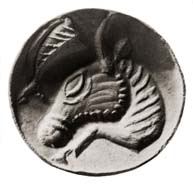 Green serpentine lentoid seal. The forepart of a bull and tail of a fish. 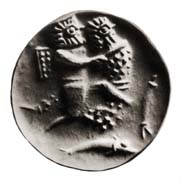 Green serpentine lentoid seal, from Perachora. Ajax at Troy commits suicide, falling on his sword. His name is inscribed behind him. 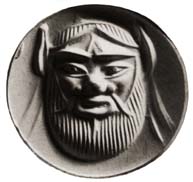 Chalcedony lentoid seal. A facing head of a satyr. This is a rare example of an Island Gem shape being executed in harder stone, from the end of the series, when new techniques were being employed for scarabs in Greece.

In Attica in the later 7th and 6th century there is production of mainly small round seals in soft stone with simple subjects and in a rather nondescript style. They are represented at sanctuaries in Sounion, Brauron and Athens. 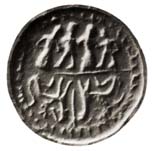 Green serpentine cuboid seal, from the Acropolis, Athens. Four subjects: love-making; foreparts of goats with a lizard and bird; women with pipes and a jar; two goats at a tree.

In the Late Archaic period of the end of the 6th century, when the new hardstone gems were being cut in East Greece, there is a short series of scarabs in the soft island stones. Being cut by hand, not the drill, the style is more rugged and sculptural, and they include some of the best examples of the art for the day, including some signed by their artists - Syries, Onesimos. Euboea may be a centre of production. 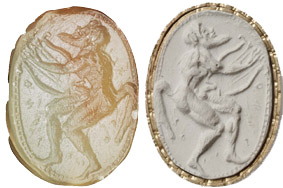 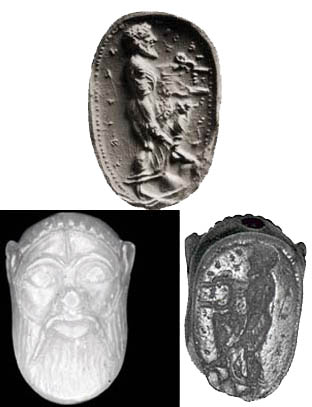 Green serpentine pseudo-scarab, the back carved as a facing satyr head in relief. A kithara-player mounting a platform. Signed, Syries. 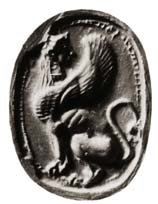